Windows 7 folders slow? How to speed up Windows 7 and 8! 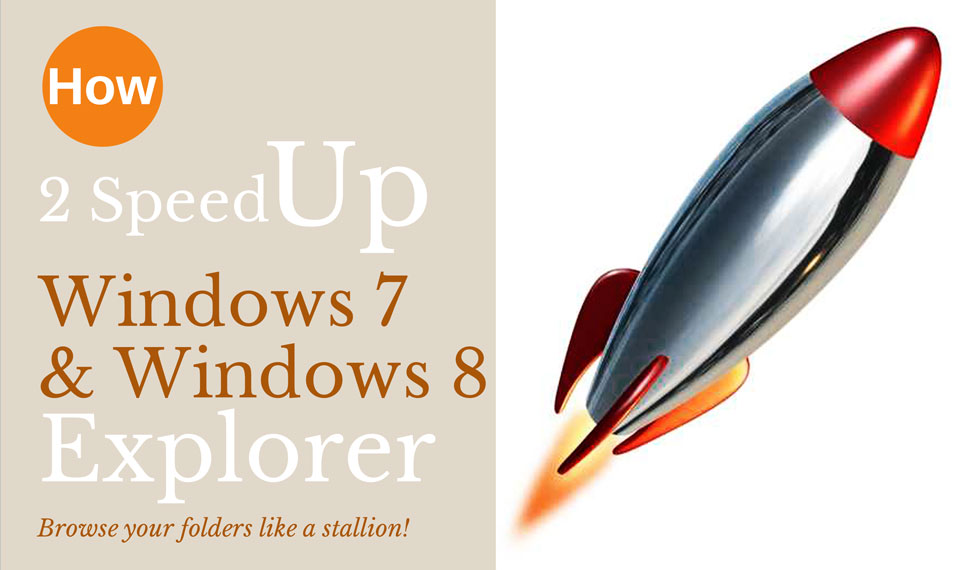 This One Change Will Speed Up Windows Explorer 1000%!

We’ve been using Windows since it was born and there’s always one thing in common when a new version comes out – Microsoft, as well as any other software company, tries to make it better by adding more “stuff” to the operating system to make it seem more “valuable”.  As CPU processors kept doubling in speed over the decades, so have operating systems (Windows, Mac) and applications.  Can you imagine running Windows 95 on a modern computer and how fast that would be?

If you’re a regular user of Windows 7, Windows 8 (and even back to Windows Vista), you may have noticed that it takes an extraordinary amount of time to do something as simple as opening a folder of photos, music or other digital content.  After a while you start to think that it’s normal and you may have to upgrade your system again!?  So why do Microsoft Windows 7 and Windows 8 take so long to open folders of digital content?  It was decided by Microsoft (and this goes for any software company) that it would be cool to show you more information about your digital content.  As in, “hey, wouldn’t it be cool if we showed users what size their pictures were and where it was taken!”; or “I think everyone needs to know how long their MP3 songs are, what ‘bps” rate they were recorded at, the track number, artist name, etc.”